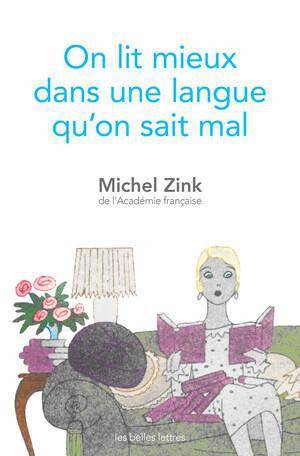 Cliquez ici pour le commander
« He who reads in a foreign language makes a strength out of his weakness. He reads with more attention than in his mother tongue. Incompetence is as much a stimulant as it is a handicap. You read better in a language you don't know well. »
As he did with his childhood readings in Seuls les enfants savent lire, Michel Zink here remembers some of the books he read in the course of his life in German, English or Italian, not because he possesses these languages perfectly, but on the contrary because laziness has too often made him prefer the pleasure of reading to the effort of methodical learning.
Michel Zink's academic career has taken him from the École normale supérieure to the Collège de France, where he held the Chair « Littératures de la France médiévale » from 1994 to 2016, and to the Académie des inscriptions et belles-lettres, of which he is the Permanent Secretary. But he is also the author of novels and tales. He was elected to the Académie française in 2017.
S'identifier pour envoyer des commentaires.