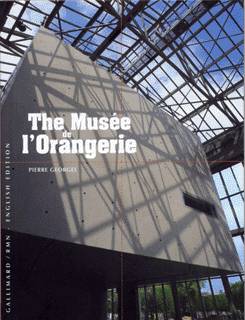 Indisponible
'The only one of its kind' was how the museum chosen and refitted bu Claude Monet to house his masterpiece, the Water-lilies, was described by six eminent intellectuals in Le Monde during their campaign to save it. In this little book, and its two companion volumes, Pierre Georgel traces the waxing and waning fortunes, from orangery to museum, of the stone shell built at the bottom of the Tuileries Gardens under Napoleon III, and explains its enduring popularity. He also provides an insight into what makes the two groups of pictures that are the glory of the Orangerie so original. On the one hand, there are Monet's Water-lilies, offering modern man a 'haven of peaceful meditation' to soothe his 'strained nerves' and on the other, the splendid Jean Walter and Paul Guillaume Collection, whose founder dreamed that it would become the 'first French museum of modern art'.
Édition en langue anglaise.
S'identifier pour envoyer des commentaires.